Sorry again that it has been so long since I last updated, but I have exciting news! Because of the progress so far, I am estimating early access to be ready Sept 30. If there are any hiccups in the meantime, I will notify everyone in a dev log, but either way the game truly is coming soon!

* The game may (will, realistically) have some bugs to work out still.
* Some art will still be placeholder art, including potentially some things like character outfit changes (the characters themselves are almost done, though, so will be).
* Game difficulty/achievements may need to be tweaked still.
* The entire story will be playable - theoretically. Bugs, of course, may happen.


When would full release be?

The short version: I do not know, yet. How long it will take for full release will depend on many factors including:
* What bugs are found and if any are 'major' or not
* How long it takes to do the placeholder art
* What suggestions are made and whether or not I can implement them/how hard they are to implement

As a solo dev who built this entire visual novel system from scratch using GDS (Godot engine script) there is more to testing this game than there has been in previous games I've made. (previous games used Ren'Py engine). It isn't just the story/art/branching that needs to be tested this time, it's the entire game/engine.


Why not just use Ren'Py again?

In hopes of building more games in the future, I wanted a dialogue system I had complete control over how it functioned. This could be used in different types of games as well if I ever manage to branch out beyond visual novels. As a solo dev I also wanted to make use of the powerful skeletal animation system that Godot has. All characters use bone animation in this game vs hundreds of individually painted images.

If anyone has any questions for me, I'd love to chat! Just contact me on Instagram, Twitter, or here! (@Corvaena in all of them )
Some screenshots of the progress for you, and thank you for stopping by! 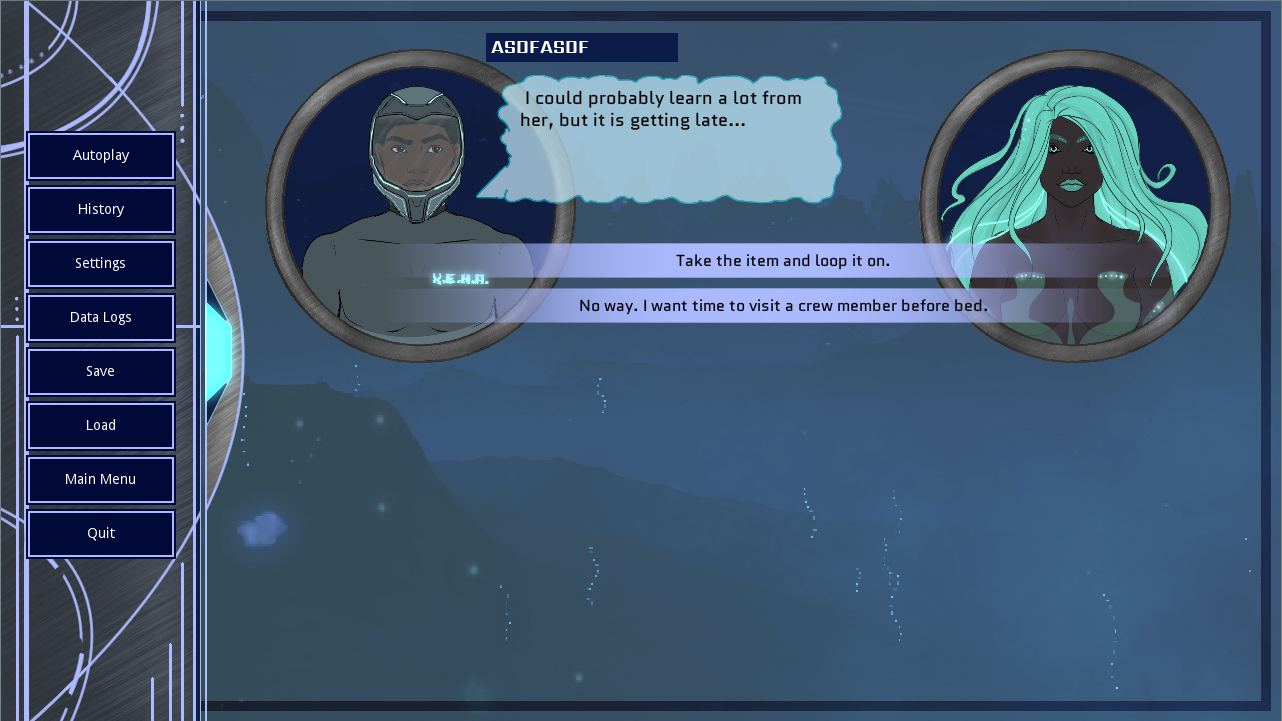 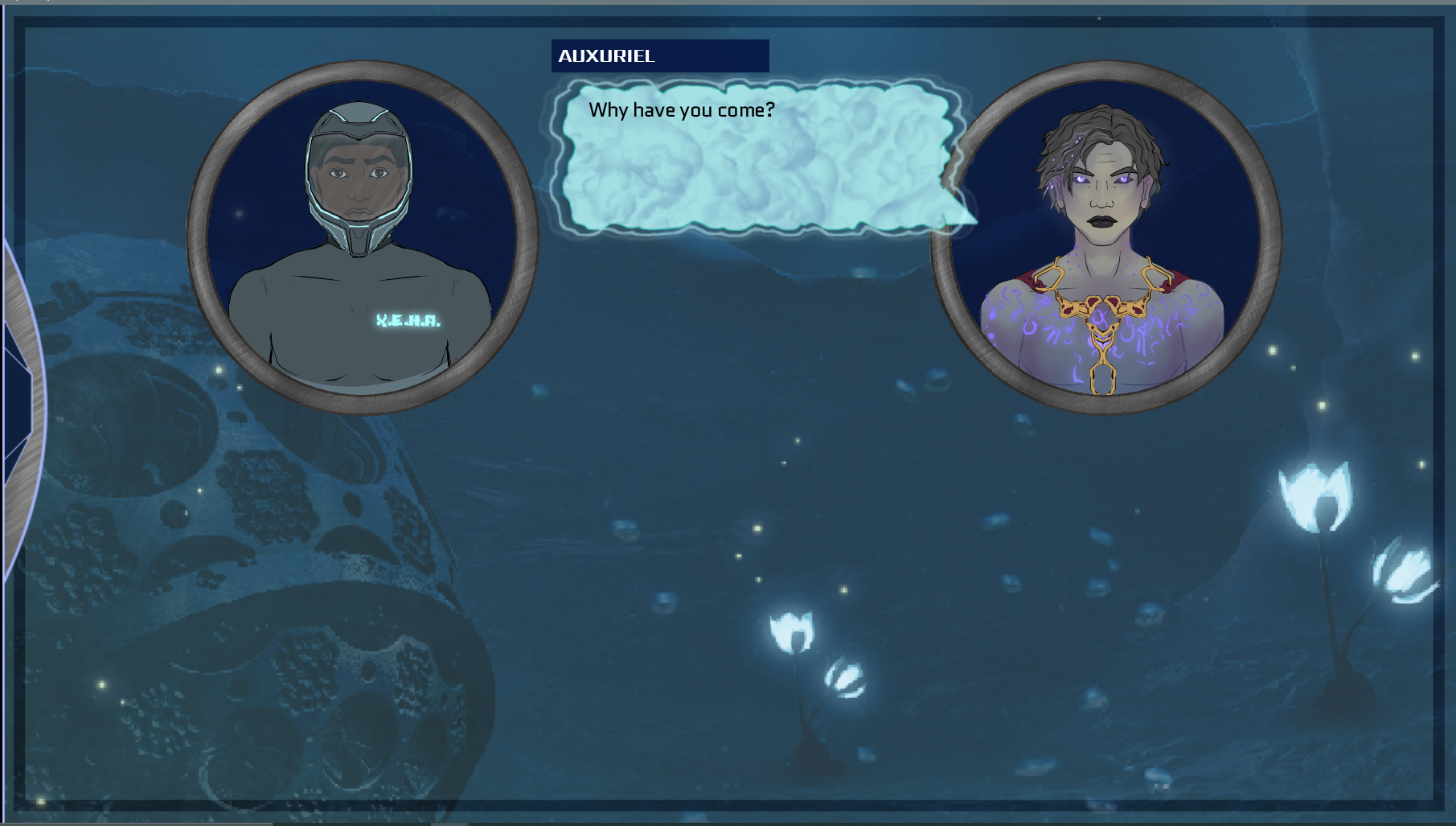 Choose between exploring jungle tropics or navigating deep into a bioluminescent sea.