*Note- Web embed is a sample demo of only the first three chapters. It has reduced features, and may still may stutter on some devices. If it has issues, try muting music or downloading one of the sample demos for your device.

Vogvhathos is an epic fantasy that plays most similar to a text adventure. The story is in the same universe as The Dust of the Violet Crystals, a short story prototype by Corvaena Games, LLC.

** Note: This game is not intended for young audiences. Contains adult situations and sexuality.  By clicking 'run game' above or by downloading and playing any other available formats of Vogvhathos you are agreeing to the EULA available to read in full at : https://www.corvaena.com/eula/

You are an elf of unknown lineage living in a remote tower with your best friend, Gruzi, in the mercenary town of Kirkvir. As a mage, Gruzi was in danger of being snatched up for a forced marriage by the Council. To protect him you agreed to a false marriage, claiming you are his voifoten - soulmate- to any who ask.

Rejected by the city as a 'dropoff' in spite of your athleticism, you spend most of your free time watching the official trainees. After sparring with the Weapon Master Lubien he pulls you aside and admits your worst nightmare: The Council has discovered the truth about yourself and Gruzi.

So begins your panicked flight from the city and eventual discovery of a secret sealed deep in an ancient ruin.

Vogvhathos plays as a role-playing text game where almost every choice will affect the story in some way.  Will you focus on adventuring, or try to romance your companions? Do you want to explore the world freely, or try to prove yourself to your city council?

Additional to standard text games are the 'Camp' screen where you can engage in party banter, and the Descendants of Cloveia emblem that lets you relive moments in the past to uncover its secrets.

The story has many branches as well as multiple ways the story can end. Which will you discover?

An acrobatic elven 'dropoff' who longs to leave the city and experience mercenary life. You know this to be impossible, however, as the city refuses to Sign anyone with unknown lineage. (Choose male or female, no image.)

Gruzi is your best friend and technically your husband, although the marriage was only to keep him safe from the Council and your relationship is purely platonic. 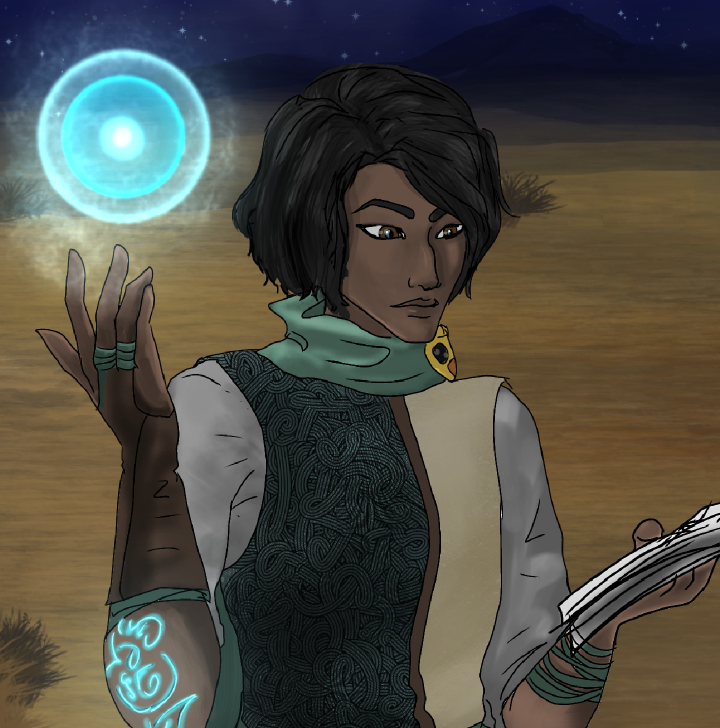 Discovered sealed deep in buried desert ruins this individual claims to be a dragon. They tell you the power crystal you just absorbed is their own, and that you command the majority of their power. (male or female, player choice) 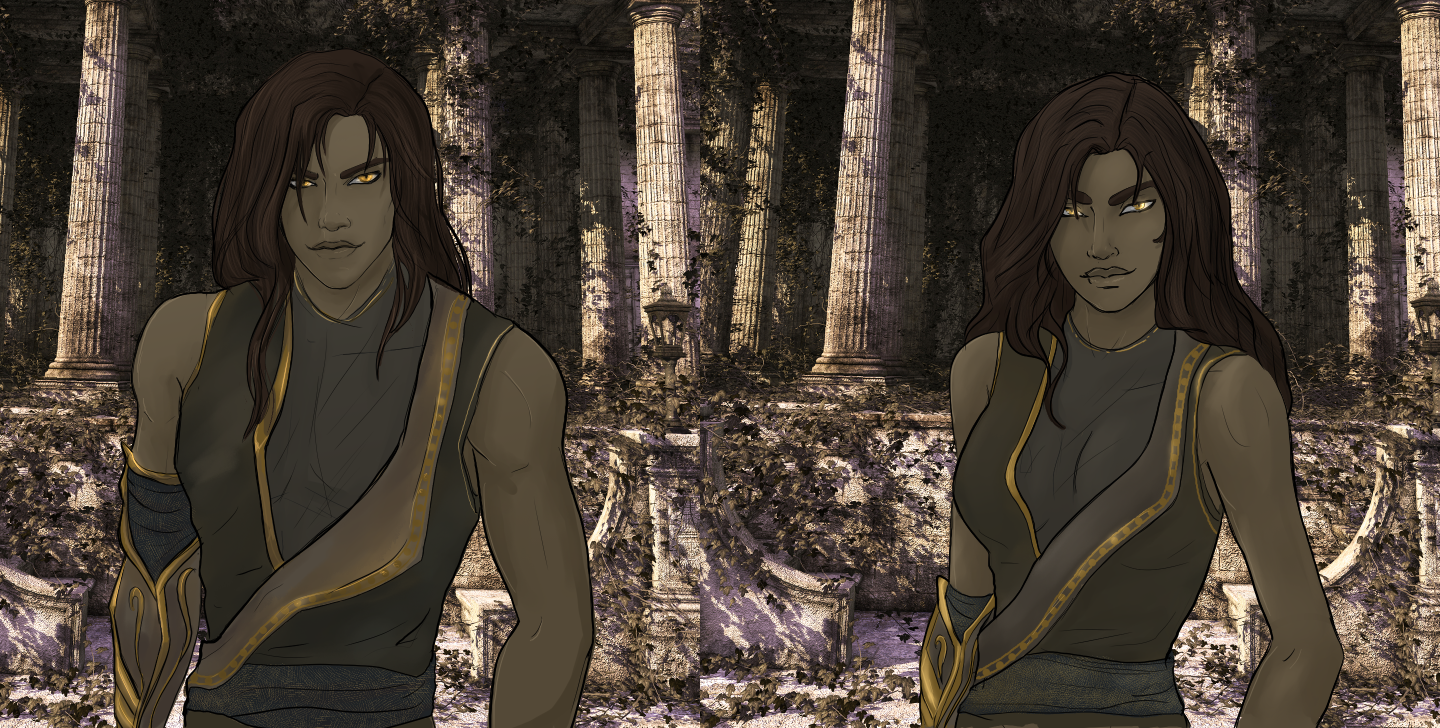 As Weapon Master of Kirkvir Lubien holds a seat on the Council as well as trains all of the new mercenaries. Due to his high status and handsome features, he is the most sought after bachelor in the city. 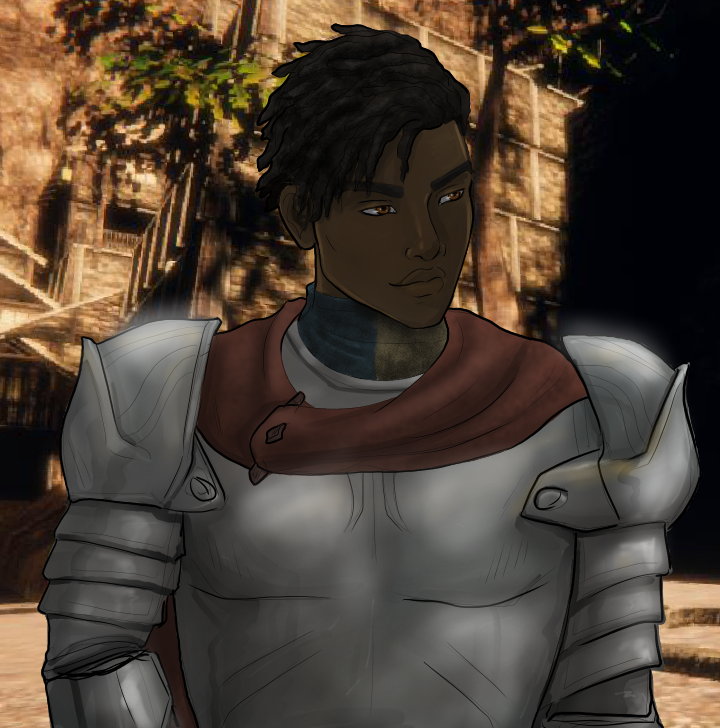 A rogue mercenary from Kirkvir, Rinagi has an intense hatred for the city and its politics. Born and raised there, however, he still uses his trained skills for their benefit... but only as an occasional assassin when they agree to his terms. 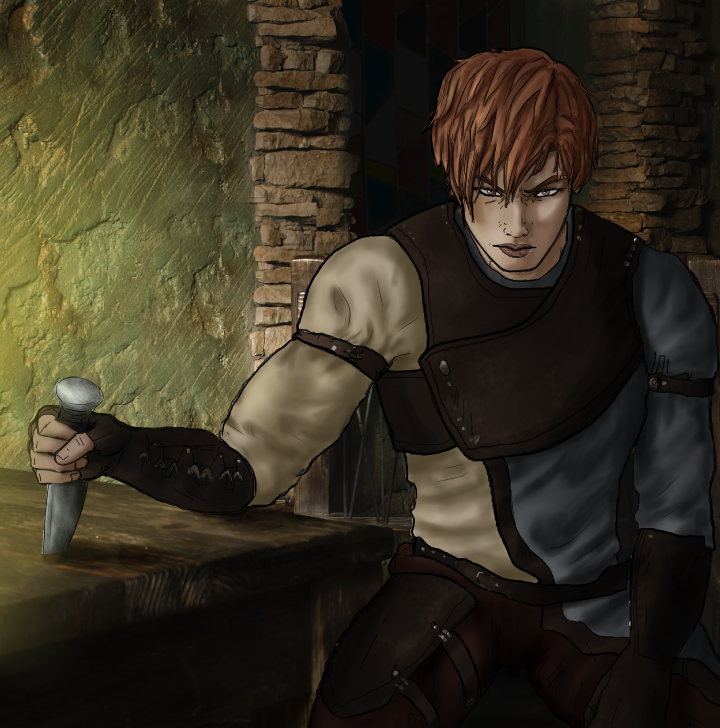 An elf from distant past, her story is an optional addition that is unlocked in segments as the story progresses. What connection does she have to current events?

In order to download this game you must purchase it at or above the minimum price of $1 USD. You will get access to the following files:

I absolutely loved this game! Being text based allowed my imagination to run wild, expecially with the world being so well developed and the characters interesting. I loved the plot, the lore, and the love interest as well. It has so many branches that you can keep replaying it many times, and still have more to discover. Definitely recommended!

Thank you so much, Biljanash! It always means a lot to hear how much someone enjoyed the story.

Thank you for creating it!

A great text based game with a fully thought out world and plot that pulls you in and leaves you guessing! Multiple branches and love interests make this game one you can replay multiple times and still not reach all the content. I absolutely love Athos, they're such a brat, but the weapon's master is my favourite love interest. 5/5, literally will be playing again soon!

Thank you for taking time to play and comment! Lubien is a favorite of quite a few people, from what I've been told. So is Athos. Then again, you don't *have* to choose between those two at all. ;)

I was excited to play this game after I loved the creator's previous work. This game got off to a really good start. We have the protagonist and two of their friends and a solid backstory. Interface was good, art was cool (as with Corvaena's previous work.) I enjoyed playing it though it's quite a bit longer and lore-heavy than Dust of the Violet Crystals.

Thank you so much for the feedback! (As well as your extended version in DM ^_^). It is extremely helpful in shaping any edits to this game as well as future stories. 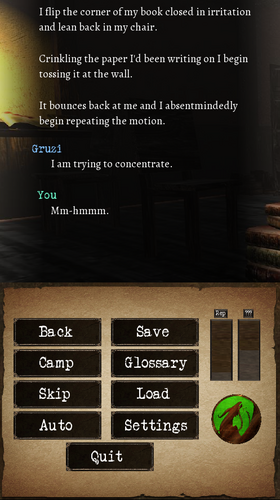 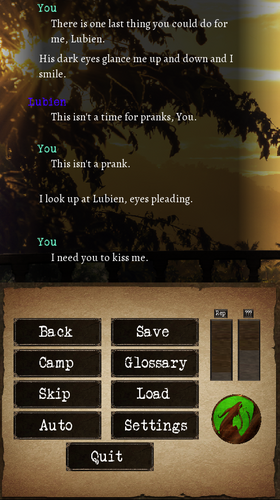 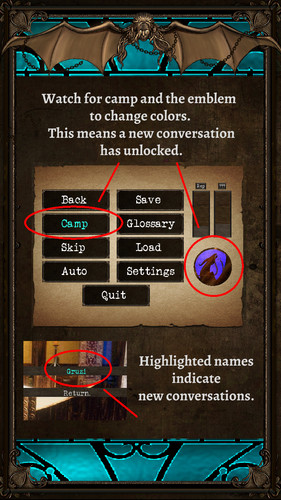 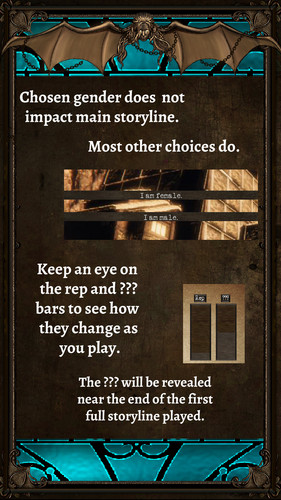